Recently I gave a talk on how to build RESTful services on MEAN stack. As part of the talk, I went through a step by step tutorial to build read it later service on top of the MEAN stack.

With interest shown by audience, I thought it is good to document the tutorial so that it will be available for any one who dint attend the talk. So in next series of posts, I will be discussing what is MEAN stack and how you can build a read it later service from scratch on MEAN stack.

This is the first post in multi-post series , where I will be discussing about what is MEAN stack and what is it good for.

tl;dr You can grab slides from slideshare and code from github.

What is a software stack?

Software stack is set of tools working together to solve a specific problem. Typically these tools are created and can be used independently. But when these tools are put together as a stack,they give better results.

One of the example of software stack is LAMP stack.It contains Linux, Apache web server, Mysql and PHP. As you can see, all of these technologies are created independently and can be used separately. But if you put them together as LAMP stack, you get a powerful toolbox to create great websites.

What is MEAN stack?

We use mongodb in place of Mysql for storage. We use express in place of Php for MVC. Node.js will replace apache for web server.

You may be wondering where is angular. There is no equivalent in LAMP for angular. So it is not shown in the table.

Why to move from LAMP to MEAN

LAMP was created to build websites. It’s not suitable for building web applications, where we will be predominately building REST based API’s. There is a lot of overheads to create the REST services on LAMP. But with MEAN you can build those with very less effort.

In next section, we are going to look at how it looks to create REST web applications in LAMP vs REST on MEAN stack. 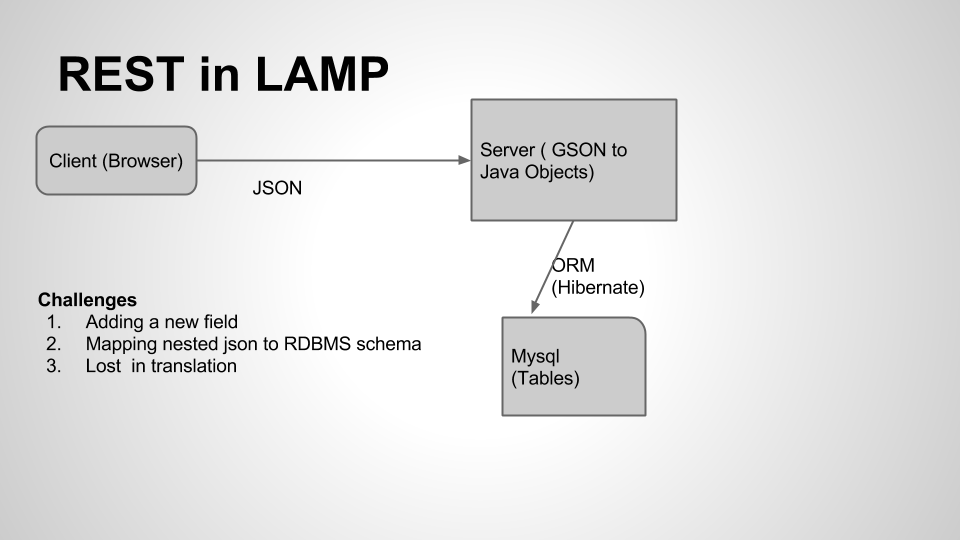 The following are the over heads

It’s very easy to forget update model in one of the places mentioned above and loose the data. 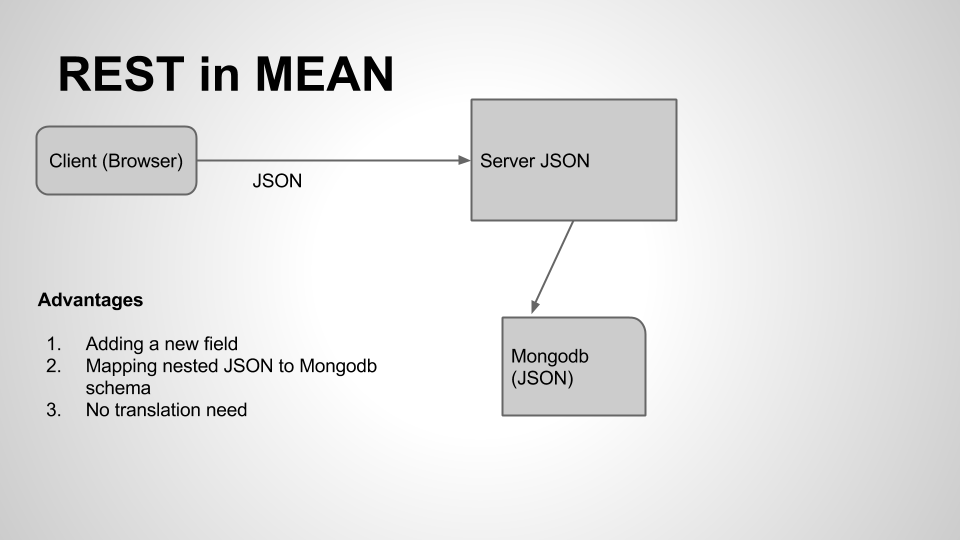 As you can see in the above picture, there is almost no translation. It’s easy to add new field in one place and have it update in all places simultaneously.Yes even database can store data json with Mongodb!!.

JSON is the secret sauce of MEAN stack

JSON stands for JavaScript Object Notation. It’s a data format like XML. It’s the JSON which makes MEAN work like magic. All components in MEAN talk JSON natively. This means there is no time wasted translating from one language to another language.

What MEAN is good for?

Now you understand, building REST applications are much easier in MEAN stack. Now you may be wondering what else REST can do?. The following are few places you can use MEAN

Anything I/O bound is good for MEAN

What MEAN is not good for?

MEAN is not good for all the applications. The following are few of the examples

In the next post, we will be discussing more about individual pieces of MEAN stack.